Taylor has committed her life to this thing we call Theatre. Performing since the age of three, the arts have always been an important aspect of her life. Some of her favorite performances include Be a in Something Rotten, Ursula in The Little Mermaid, Mrs. Gardener in Carrie, Mrs. Lovett in Sweeney Todd, Pinky Tuscadero in Happy Days, Bombalarina in Cats, and Mrs. Shields in a Christmas Story. Taylor has directed and/or choreographed  many shows including Aladdin, The Little Mermaid, A Suessified Christmas Carol, OZ!, The Auditioners, High School Musical,and 101 Dalmatians. She has over 8 years of training  in the areas of Jazz, Hip Hop, Ballet, Tap, Modern, and Fosse.

Taylor has her Bachelor's Degree in Theatre Arts with an emphasis in performance from the University of South Florida. While getting her degree she worked in Entertainment at Busch Gardens Tampa Bay and was the Assistant Director and Choreographer for Suncoast Youth Theatre for four years. After college she moved to NYC to further pursue her career where she worked at the Jekyll and Hyde Club as an actor in Time Square. The past year she has spent her past year with Stage Dreams Youth Theater in Phoenix, AZ. in which she choreographed Sleeping Beauty Kids, Aladdin Jr. and Directed and choreographed High School Musical Jr. Taylor's true dream is to share her talent and inspire kids to express themselves through the arts! 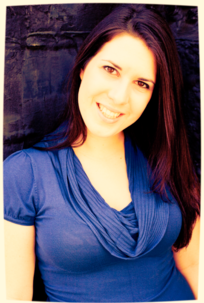 Kelleen has used her degree in English and Theatre education to introduce the arts into the lives of hundreds of children and adults.  Her M.Ed. in Educational Leadership with and emphasis in Arts in Education Curriculum and Instruction Integration shows her commitment to ensuring that the arts are integrated into the curriculum of every classroom.  She believes in having the arts available to students of all ages regardless of budgetary constraints which has made he a sought after presenter at educational theatre conferences. Kelleen has developed, directed, and taught for numerous arts based programs, camps and workshops, as well as, taught in public and private schools.  Her passion for the arts strives to bring out creativity in every child and stresses the uniqueness of the individual in a fun and positive atmosphere. Professionally Kelleen has had life-long training in dance and theatre, has appeared on stages from Disney World to New York, and in film and television.  Since her move to the Peoria area , she has been seen onstage at Eastlight and Peoria Players. She also has served as a Director and Choreographer for Cornstock for Kids, Eastlight and Peoria Players. She is the Drama Program Director for Eureka Middle School, Choreographer for Germantown Hills Middle School Show Choir, and the  State Student Leadership Director for Illinois Thespians.  On a personal note, she is the mom to two fabulous children and loves traveling, cooking when she has the time and spending time with her family. 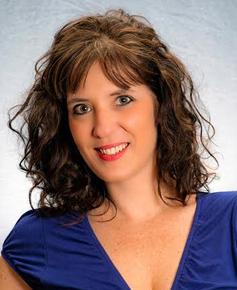