Our next Stage Teens production is a psychological thriller called Salem’s Daughter.

Rehearsals will be held on Sundays until tech week. We will not meet on Sundays during Elf Jr or holiday weeks.

WHAT TO PREPARE? Be ready to do some improv and cold readings from the script. This is for current Freshman- age 19. Please also bring your conflicts. Mark your calendars to audition!

This gripping drama opens in 1691, where Sarah Brooks, who has been tried as a witch, is sentenced to hang, cursing those who would disturb her rest. Now jump to the 80’s: six high school seniors have a graduation party at Heather’s house, which is built on the hill where the condemned witches were buried. Heather goads the others into inviting a new girl to their party. Heather insists that she drink a glass of ’Initiation Punch,’ and when trouble ensues and the joke suddenly stops. To protect their post-graduation dreams, the others decide vow never to tell anyone what happened. Eight years later, the group must once again come together. Their trouble past comes back to haunt them. You won’t want to miss this show that ends in a twist you won’t believe. This production has challenging character roles for all.

Stage Teens is an educational intensive program that will focus on advanced acting techniques. If you are cast in the show, there is a registration fee of  $155. Rehearsals/classes will take place on Sunday afternoons/evenings until run-throughs start closer to show time at ICC or St. Paul's Episcopal Church. Please come prepared with any conflicts you may have.
Sign up for an audition slot here: https://www.signupgenius.com/go/5080E49ACAD2AAAFB6-salems 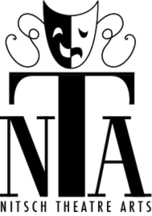